Unlike the flu, adenovirus infections remain common throughout the year. They do, however, peak in the winter months, much like flu. Around 10 percent of all childhood fevers are caused by these viruses which most commonly affect the lining of the upper respiratory tract, including the lungs. The infection can also spread and infect other organs such as the eyes, the stomach, and the intestines. Although rare, the virus can work its way past the immune system, causing infection to the liver, heart or brain.

Turning the inner workings of cells into virus-making factories, adenovirus hijacks all that the body usually relies on for health and safety, making it a particularly troublesome illness to fight off. The symptoms are many and varied, though the site of the infection is usually the determining factor in how severe and widespread these symptoms turn out to be. Here is a sample of some of those symptoms.

Children and infants picking up a fever is always a worrying and troublesome thing to witness, especially for the onlooking parents, as they are less able to understand what it is happening to themselves and can become really upset and hard to calm down. With a body in a confused and panicked state, the increasing temperatures and incessant shivering are telltale signs of adenovirus that parents need to watch out for.

It’s important to have a working thermometer to hand and it’s a good idea to note down temperature readings on a half-hourly basis. As with an adult fever, the child insisting that they are cold does not justify wrapping them up warm, as the body needs to cool down quickly. Fever in the early stages is a definite hint that adenovirus and some of its other associated symptoms are on the way. Some of the other symptoms are just as many dead giveaways at the fever.

Milia are small cysts or bumps that appear on the surface of the skin. They are usually small but … END_OF_DOCUMENT_TOKEN_TO_BE_REPLACED

Seaweed is a common part of daily meals in many parts of Asia, especially in Japanese cuisine. … END_OF_DOCUMENT_TOKEN_TO_BE_REPLACED

Milia are small cysts or bumps that appear on the surface of the skin. They are usually small but … END_OF_DOCUMENT_TOKEN_TO_BE_REPLACED 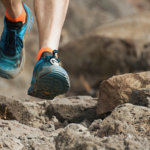 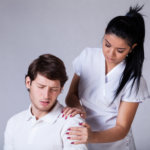 Shoulder impingement syndrome is one of the most common causes of shoulder pain. It occurs whenever … END_OF_DOCUMENT_TOKEN_TO_BE_REPLACED

Having a sore throat sucks whether it’s caused by hayfever, a cold, a flu or anything else. It tends … END_OF_DOCUMENT_TOKEN_TO_BE_REPLACED 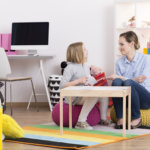 Dysarthria is a condition that is characterized by slurred and irregular speech. Many types of … END_OF_DOCUMENT_TOKEN_TO_BE_REPLACED 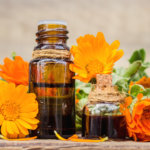 Ganglion cysts are fluid-filled sacs that appear on the wrists or the back of the hands, on … END_OF_DOCUMENT_TOKEN_TO_BE_REPLACED 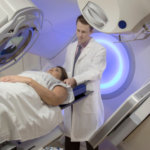