The condition known as plantar fasciitis tends to occur when the plantar fascia, which is tightly packed tissues beneath the skin, becomes extremely tight from overuse and as a result of either an increased level or too much pressure on the tissue, which leads to inflammation.

Miniscule tears begin to form within the tissue as this tension builds in the plantar fascia, causing further inflammation and irritation to occur. Plantar fasciitis is the build-up of excessive tension, resulting in mild to significant heel pain and other symptoms.

Men and women between the ages of 35 and 75 may be more likely to develop the condition and experience the symptoms at some stage, although growing children and adolescents can be affected fairly frequently too. Women are affected by slightly more occasions than men.

The condition is sometimes referred to as “runner’s heel,” on account of its prevalence amongst long-distance runners.

Whether it’s pounding the track in preparation for an athletics meet, or attacking much tougher terrain on a cross country run or as part of a triathlon, the repetitive stepping of running can bring about plantar fasciitis fairly easily. Putting one foot in front of the other is the mantra adopted by runners of all kinds, but unfortunately for them, this could be exactly what is causing their plantar fasciitis in the first case.

It has a lot to do with a person’s running gait, the likelihood of them developing a case of plantar fasciitis, with ‘heel-toe’ runners seemingly more affected. This could be because the bulk of the repetitive motion is felt straight through the heel, as it makes consistent contact with the ground beneath it. If you’re a runner, avoiding the repetitive motion of continuous steps is pretty hard to avoid. Cross trainers could provide an alternative, otherwise, it’s a case of grinning and bearing it.

The recent Coronavirus outbreak is estimated to have started in Wuhan, China and spread to other … END_OF_DOCUMENT_TOKEN_TO_BE_REPLACED 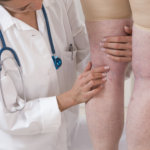 Varicose veins is a condition that affects many if not most people when they enter their old age; … END_OF_DOCUMENT_TOKEN_TO_BE_REPLACED

If you have high blood pressure, then it is highly important that you look for ways to lower it as … END_OF_DOCUMENT_TOKEN_TO_BE_REPLACED 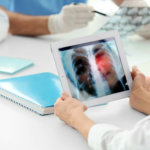 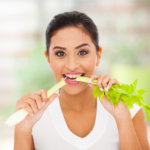 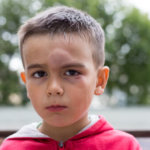 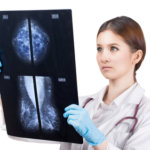 Mammograms use an x-ray image to screen for signs of breast cancer. Mammograms are important as they … END_OF_DOCUMENT_TOKEN_TO_BE_REPLACED